NOTE: This article is English translated version of introduction of Pyxel in Japanese.

Since I almost finished the implementation of the scheduled functions of Pyxel, I decided to write down an official introduction article. 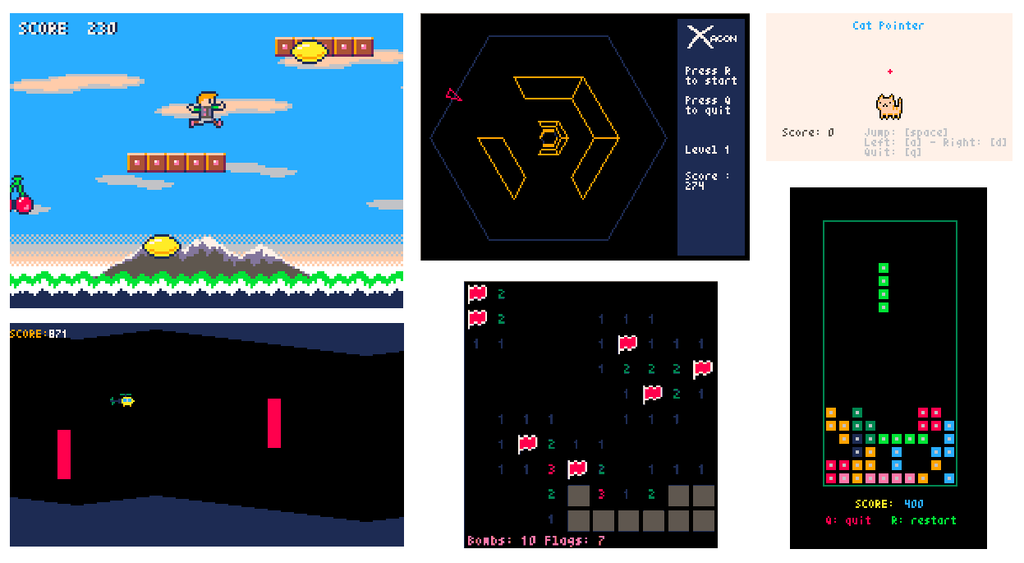 Pyxel is a very new game engine that was first released on July 30, 2018, and users are rapidly increasing now abroad.

The project is open source at GitHub and it got first place among all 100 million projects on GitHub's daily ranking on the 4th day of public release. And as the developer, I was ranked first in the developer ranking of 31 million people including company accounts such as Google, Facebook, Microsoft. (Although I did not hold the position of No. 1 for 48 hours) 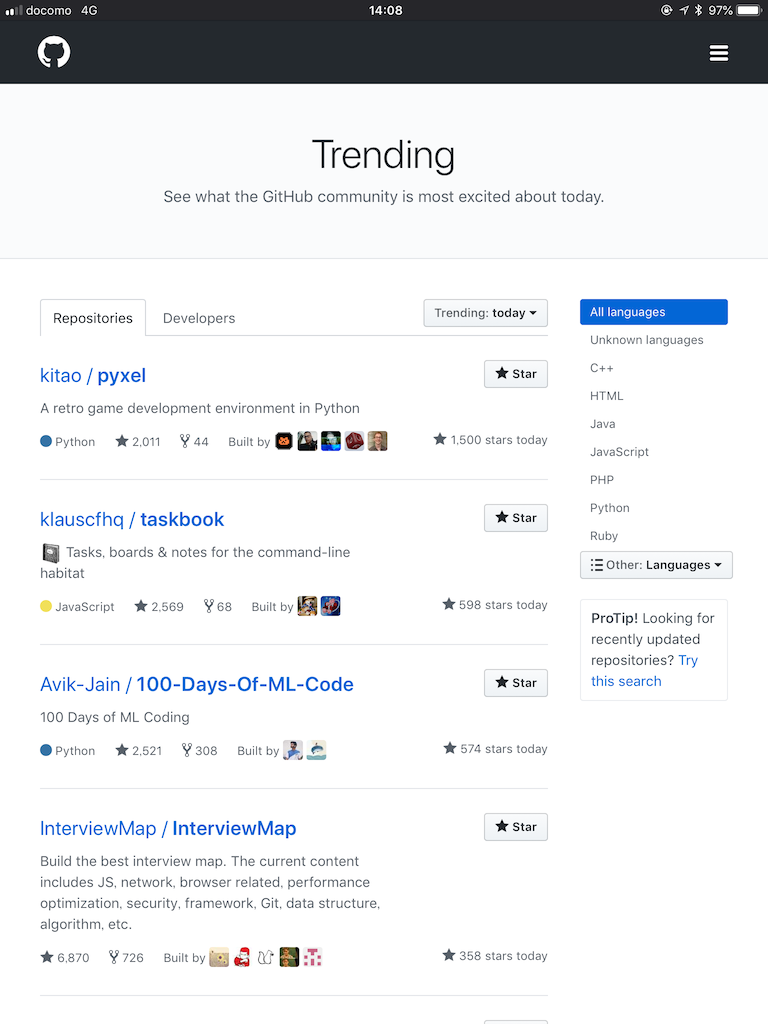 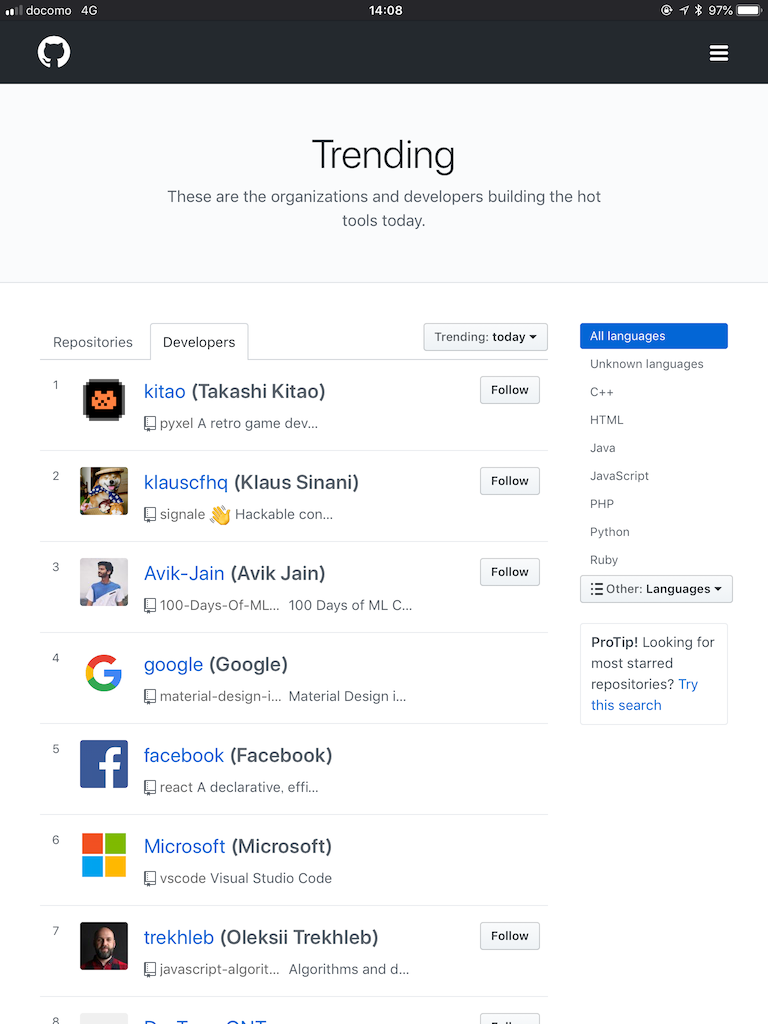 On GitHub, the number of stars has continued to increase, and now it is over 4000 stars, and it is aligning shoulder with a long-established game engine such as MonoGame (5400 Stars), PlayCanvas (3900 Stars).

Even though there are many other game engines, why does Pyxel draw attention so much? I will introduce five features (and one extra).

The biggest feature of Pyxel is that it can be programmed with Python.

Python is an excellent language and has the following features:

Actually, there are not so many game engines that made good use of its features.

As a game engine for Python, Pygame and Pyglet are very famous. However, Pygame is older and slower, Pyglet is difficult to use and has fewer documents.

By combining a simple API with a modern design, Pyxel offers a third choice that allows anyone to enjoy game development without compromising the ease and productivity of Python.

Games created with Pyxel can run the same program as it is on Windows, Mac and Linux without recompilation etc. (However, Linux is still not sufficiently verified. There are circumstances where drawing and music playback does not go well partially)

By the way, I am doing development of Pyxel while also switching between Windows and Mac with the mood of that day as a confirmed operation check.

Feature 3: Not many things to remember

By focusing on retro games and making the function as simple as possible, Pyxel enables to do game development just by memorizing some simple instructions (APIs).

For example, all the drawing functions can be used only by memorizing 11 kinds of instructions.

You can also create and play sound effects and music simply by memorizing 5 kinds of instructions.

In addition, the method of initializing the game and obtaining the key input are also very simple.

The following is an example of a program that displays the Pyxel logo and ends the application when the Q key is pressed:

Did you understand that programming with Pyxel is very simple and easy to understand?

Feature 4: A special tool is bundled

Game development can not be completed simply by writing a program. Pictures and music to use in games are also necessary, and usually they will be created using external tools.

On the other hand, Pyxel comes with a special tool for creating pictures and music, so you can start developing games immediately.

After installing Pyxel, you can use the following tools by typing pyxeleditor on the command terminal.

It is also possible to read data created with another tool.

Feature 5: Free to use

Pyxel is published under MIT License, and anyone can use it free of charge.

For reference, I have posted a summary of Japanese Wikipedia's MIT license.

Finally one more bonus feature. Pyxel is made by Japanese, there are also Japanese manual written by the author. Of course it is also possible to ask the author in Japanese.

At the beginning, I wrote that the number of users is rapidly increasing abroad, but on the other hand it is a situation that the name recognition in Japan is still not at all.

I am very happy that Pyxel will be used all over the world, but I also think that it would be nice to have users increase in Japan, so please do support!